THE Queensland Resources Council (QRC) is calling for nominations for its 2020 Indigenous Awards which “recognise and celebrate the incredible achievements of Aboriginal and Torres Strait Islander people in the state’s resources sector”.

“Our sector is a significant economic resource which can drive wealth and prosperity for Indigenous people and communities,” Mr Macfarlane said. 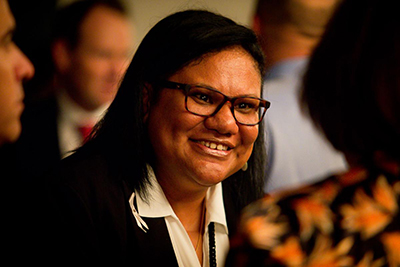 “Another milestone is Indigenous women in resources who represent 24 percent of the Indigenous workforce, which is close to twice the non-Indigenous rate,” he said.

The seventh annual awards on the June 1 will be presented during National Reconciliation Week, at the Howard Smith Wharves in Brisbane.

“Fiona is a proud Aboriginal and Torres Strait Islander with a passion for empowering local change in Indigenous communities and understands the importance of showcasing Indigenous role models and ambassadors,” Mr Macfarlane said.

“The same report stated the mining industry itself is employing significantly more Indigenous Australians than previously and we need to champion these employees,” Mr Macfarlane said.