AUSTRALIA’s inaugural First Nations Youth Summit was held in Brisbane in 2018, attracting 60 First Nations youth – and more than half of those travelled from interstate.

Designed to connect and promote meaningful collaborations between First Nations youth, the summit also provided an opportunity to gain important insights into the skills needed for the jobs of the future, create new professional networks, and learn new skills to take back to local communities.

“Some of them have come from backgrounds like mine. It gives me hope for my future opportunities.”

“Over the same period, the non-indigenous employment rate was broadly stable, at around 72 percent. Despite spending billions annually to close the disparity gap, the government has failed to make sustainable progress.”

In 2016, he said, about 53 percent of the Aboriginal and Torres Strait Islander population was aged under 25 years.

“By empowering First Nations youth to achieve their self-determination and career aspirations, we can reshape our communities for the better,” Mr Foley said.

The First Nations Youth Summit began with attendees having the opportunity to hear the stories of some of the youngest and best First Nations technologists and entrepreneurs, such as Tamina Pitt.

Ms Pitt, a Wuthathi and Meriam woman from Sydney, who is currently studying computer engineering at the University of New South Wales, was recently named NAIDOC Youth of the Year for her work advocating to increase Indigenous participation and inclusion in the technology industry.

Previously, Tamina Pitt has been quoted as saying, “It’s disappointing to see Indigenous people under-represented in engineering. Our ancestors are the original engineers.

“They have a deep knowledge and understanding of the land and the sky. They used their knowledge to form a lifestyle, innovating to solve everyday problems and live comfortably. The boomerang is a piece of aerodynamic engineering that has inspired many designs today.”

In addition, there are an estimated 2.1 million businesses in Australia, but according to recent research only 12,000–16,000 are Indigenous-owned.

“I think it’s really important for First Nations Youth to be involved in entrepreneurship and technology, specifically because that’s where our future is,” said Matthew Compton, Wiradjuri man (Cowra mob) and chief operations officer at Really.

Besides networking and learning from each other, Mr Foley said summit attendees had the opportunity to voice their concerns — and offer potential solutions — through the First Nations Youth Report. 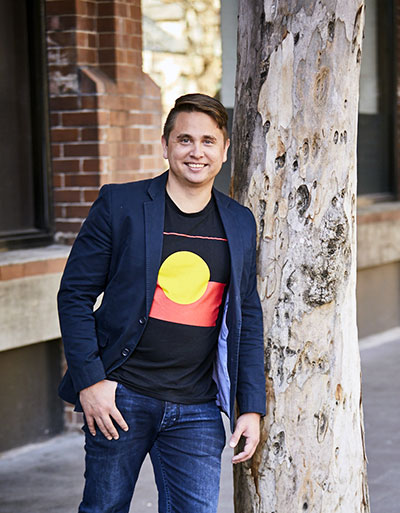 The report, which is being developed by Barayamal from the insights and feedback provided by attendees, will be published this year.

The First Nations Youth Report will focus on how government and corporations can better support First Nations youth and help close the massive disparity and opportunity gaps that Indigenous communities continue to face.

Winners of the Startup Competition at the event were the team from Woorabinda, in remote Queensland; Capalaba State College; and Benjamin Gertz.

The ‘Deadly Award’ went to Neenah Gray. Ms Gray’s actions demonstrated the values and behaviours that were core to the Summit's themes of entrepreneurship, technology and community.

In addition, Ms Gray again showed these qualities by donating her major prize to the Woorabinda Team, who had recently suffered major emotional and financial losses due to theft of their property.

“The 2018 First Nations Youth Summit also acknowledges the generous support of our sponsors, CSIRO and Microsoft, who helped make it possible to put together a national Summit where First Nations Youth can connect and work on building a better future together,” Mr Foley said.

EXTRA >>
Neenah Gray wrote an article about the Summit, which can be accessed by clicking here