BUREAUCRATS appear to be willing to sacrifice jobs in pursuit of negligible environmental gains. That is the claim of Lighting Council Australia acting CEO David Crossley on proposed and imminent changes to the National Construction Code. 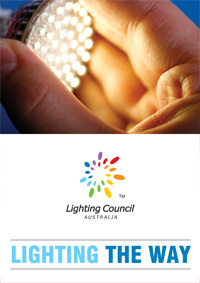 “The current proposal on the table will cause job losses and achieve very little in the way of energy efficiency benefits,” Mr Crossley said.

Lighting Council Australia has attacked the new draft of the National Construction Code, which, it claims, dramatically cuts the use of architectural and decorative lighting in new constructions and redevelopments.

Mr Crossley’s pointed comments come at a time when energy efficiency is a high priority for government, but he said the changes were ill-considered and warned that they will cost jobs.

“It looks like bureaucrats have dreamt up a new way of achieving a theoretical reduction in energy use, but they haven’t undertaken any assessment of the impact on industry,” Mr Crossley said.

“We’re running out of time to stop this disastrous policy from proceeding and we call for the Ministers with responsibility for building and construction issues to step up and rein in these bureaucrats who — despite the opposition of the three relevant peak bodies — have decided that it would be a good idea to sacrifice hundreds of highly-skilled jobs to achieve vanishingly little.”

Mr Crossley said the draft of the National Construction Code will be considered by the Building Codes Committee later this month and is expected to commence in July 2019.