Accountants suggest tweaks to JobMaker 'to make it better'

THE Institute of Public Accountants (IPA) is supportive of the Federal Government's JobMaker program, but is suggesting 'a few tweaks' could make it more effective.

"Overall, the Institute of Public Accountants is very supportive of the JobMaker measure as it is essential that Australia’s economy not only recovers but also expands through job creation,” IPA chief executive officer, Andrew Conway said. 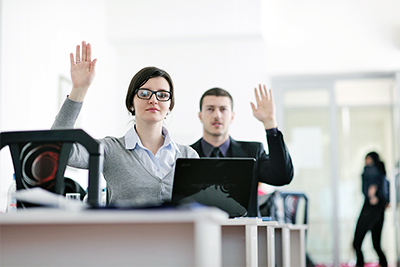 “The JobMaker Hiring Credit Budget 2020-21 fact sheet indicates that employers who had no employees as at September 30, 2020, will not be eligible for the first employee hired but will be eligible for second and subsequent hires," he said. "This effectively means that a sole trader needs to employ two additional employees to qualify for one JobMaker hiring payment.

“This could be a lost opportunity considering there are currently more that 1.2 million small business entities that are non-employing.  Just think of the numbers that could have been incentivised to employ for the first time but may not have the capacity to employ two staff.

“The fact that these payments are paid in arrears is also an issue, as it doesn’t help an entity with cash flow concerns.  Even though the proposal is for businesses to start employing from October 7, the earliest they will receive a JobMaker hiring payment will be after February 1, 2021.   This may be counterproductive for those small businesses which would otherwise hire new employees," Mr Conway said.

“We are pleased that the Australian Taxation Office (ATO) will administer the JobMaker Hiring credit. It has proven to be capable of administering JobKeeper, where it was able to put systems in place within a relatively short period of time which was a credit to its capability.

“Another concern is that an employer needs to be reporting through Single Touch Payroll (STP) in order to be eligible even though it is not mandatory for all employers to be STP compliant until June 30, 2021. We understand the ATO’s preference to deal with an employer who is STP compliant, however, this could preclude many smaller employers (1-4 employees) who are not currently required to be STP compliant. In comparison, JobKeeper did not favour employers using STP, and was more inclusive in its design," Mr Conway said.

“It is unclear as to whether employers who are on JobKeeper will be ineligible for JobMaker. Given that JobKeeper payments cease on March 28, 2021, the IPA believes that these employers should be permitted to transition to JobMaker after this date.  The continuity of payments would assist in the recovery effort and help to ensure their ongoing viability.

“The IPA’s view is that these features, especially when considered collectively, detract from the policy objective of incentivising employers to take on additional employees,” Mr Conway said.