The report highlighted that the amount of tax paid by the small business sector overall has increased, while the contribution made by big business has fallen.

“A healthy small business sector is a prerequisite for a growing economy; there’s no doubt small businesses are doing their fair share when it comes to paying tax, not to mention creating job opportunities,” Ms Carnell said.

“The Federal Government’s foreshadowed company tax cuts for businesses with a turnover of up to $10 million will give 99 per cent of Australian businesses a tax reduction, and will provide a much needed shot in the arm for the sector’s growth prospects, enhancing the ability of small businesses to employ,” she said.

Compiled over the past 12 months, the ASBFEO statistics report brings together data and analysis from a range of sources including the ATO, ABS and Austrade, and has been released to mark the office’s one year anniversary.

“This report provides a unique insight into the sector; it ultimately reinforces the size and importance of the small businesses to the Australian economy, and outlines its growing diversity,” Ms Carnell said.

Among the report’s findings, Ms Carnell said the number of small businesses currently venturing into offshore markets is on the rise.

“Many are also entering the global market place at an early stage of their development, giving rise to the ‘born-global’ phenomenon,” she said.

“Our report highlights ABS data showing small business accounts for 17 per cent of business expenditure on R&D; while this is encouraging, it’s a figure I think the sector can – and will – build upon, particularly as more small businesses realise the benefits of entering into strategic partnerships with larger companies, especially in industries like defence,” Ms Carnell said.

Ms Carnell said the purpose of the report is to be a resource for governments, public policy makers and researchers that will improve their knowledge and understanding of the Australian small business sector.

“We’re inviting feedback on the report and welcome comment from small business and others on how we can ensure this document is the go-to publication for small business stats in Australia,” Ms Carnell said.

The full report can be found on the ASBFEO website: www.asbfeo.gov.au where a feedback form is also available.

SMALL BUSINESS STATISTICS AT A GLANCE

AUSTRALIA has, for the first time, enticed more than eight million international tourists over the last 12 months, according to the Australian Bureau of Statistics.

The acceleration of international visitors has been dramatic, with the eight million mark being reached just 18 months after visitor numbers eclipsed seven million annually.

In contrast, it took more than six years for visitor numbers to climb from five million to six million.

There have been some key changes to the sector, credited with helping to boost inbound tourism, including a lowering of the value of the Australian dollar in recent years.

Mr Ciobo said one factor hardly remembered was the removal of the former Labor Government’s carbon tax “which slugged the tourism sector over $115 million in its first year alone”.

There have also been several practical moves, including increasing the number of markets that have access to online visa lodgement from 72 to more than 200, including China, India and Indonesia.

The Government has also announced a new 10-year multiple entry visitor visa to encourage repeat visitation from China and made visa applications available online in Simplified Chinese – the first time Australia has trialled visa application lodgement in a language other than English.

Perhaps just as importantly, Australia has expanded international aviation capacity, including a tripling of gateway capacity between Australia and China.

“To drive further growth from our largest tourism market the Prime Minister and Chinese President have jointly designated 2017 as the Australia-China Year of Tourism,” Mr Ciobo said.

Speaking at the Gladstone Engineering Alliance Breakfast, Mr Macfarlane said energy security was a serious hurdle for companies to remain competitive in the resources sector.

“Gladstone has a strong manufacturing and industrial base with two alumina refineries and affordable and reliable energy is critical in keeping these trade-exposed industries globally competitive,” Mr Macfarlane said.

“A recent QRC survey of resources chief executives found the state government’s decision to set the 50 percent renewables target by 2030 is a major concern to the sector.

“The survey also found that increases in electricity prices were making it hard to do business in Queensland.

“It needs to be a less ideological argument about where we get our energy from and a more practical discussion about how we provide both reliable and cheaper electricity and reduce greenhouse gas emissions,” Mr Macfarlane said.

“Gladstone is home to Queensland’s largest coal-fired power plants but more, cleaner baseload supply is needed in the NEM (National Electricity Market) grid, particularly in North Queensland, if we are manage more renewables and to prevent wholesale electricity spikes on days of high east coast demand.”

Mr Macfarlane said Gladstone’s LNG exports had more than tripled with all three LNG operations online for the first time over the calendar year.

“LNG exports out of Queensland reached a new record at 17.5 million tonnes and were exported to 14 countries across the world despite green activists claiming fossil fuels are in decline,” he said.

“This has been an enormous boost to the Queensland economy, providing vital export income and jobs for Queenslanders.”

The LNG sector is forecast to continue its record export growth that is being driven by China and Europe. The latest report by the Office of the Chief Economist estimates China’s LNG imports to have increased by 28 per cent in 2016 and Europe is forecast to increase by 21 percent a year until 2018.

“As we know from our current economic data, in 2015-16, Queensland’s gas industry contributed $12.8 billion to the state’s economy and supported more than 65,000 employees,” Mr Macfarlane said.

LOCAL COMMUNITIES are being encouraged to submit their ideas before January 20 on shaping a Federal Government program that will develop technology solutions for rollout across Australia.

Draft guidelines for the $50 million Smart Cities and Suburbs Program were released for public consultation in December with the first funding round due to open in the second quarter of 2017. 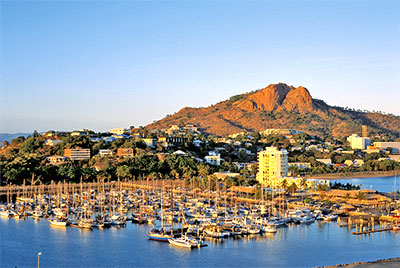 Assistant Minister for Cities and Digital Transformation, Angus Taylor said there had been more than 800 downloads of the draft guidelines and public feedback was being sought.

“We’ve had significant interest in the draft guidelines and I encourage the public and stakeholders to take advantage of the opportunity to have a say on the program before consultation closes at the end of next week,” Mr Taylor said.

“Communities of all sizes will be able to apply for funding under the program. We’re looking for digital and data solutions which solve everyday urban problems and have the potential to be scaled up and delivered Australia wide.”

The Smart Cities and Suburbs Program aims to deploy new ideas not yet seen in Australia.

“The projects must place the citizen at the centre,” Mr Taylor said. “Smart Cities need to take a people-first approach to designing and delivering responsive public services, with the help of smart technologies.”

When the first funding round opens, eligible applicants will be able to apply for up to $5 million in Federal grant funding. At least $10 million will be available to support smaller projects with a total value under $1 million.

The program has been designed to accelerate the roll out of ready-to-deploy projects, and to provide support and incubation for projects in their early stages.

“The Australian Government is committed to working with governments, business and the community to help our cities – regional and metropolitan –  reach their full potential,” Mr Taylor said.

ONE in three single parent families with dependants were jobless in June 2015, according to statistics released by the Australian Bureau of Statistics (ABS) recently.

Director of Labour Market Analytics at the ABS, Jennifer Humphrys said that in recent years the proportion of jobless families with dependants had remained stable at around 11 percent. 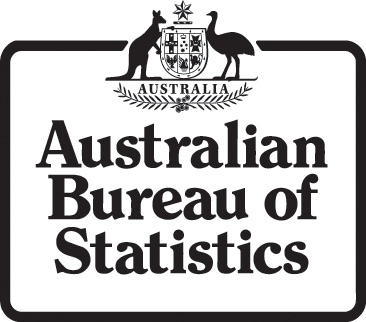 The ABS's Labour Force Status and Other Characteristics of Families publication uses data from the ABS Labour Force survey to determine family relationships and the labour force status of the 6.6 million families living in Australia.

The survey also found 53 percent of couple families had both partners working,

The ABS's Labour Force, Australia: Labour Force Status and Other Characteristics of Families (cat. no. 6224.0.55.001), is available for free download.

THE Australian Bureau of Statistics (ABS) has engaged international consultancy Accenture to help transform its data collection and survey systems.

Deputy Australian Statistician of the Statistical Business Transformation Group, Trevor Sutton, said the engagement would deliver new data collection systems that reduce the survey burden on Australian households and businesses. He said the move was part of the ABS’s $257million business transformation. 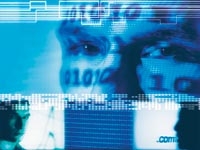 Accenture won the $19.9 million open tender contract to help the ABS to develop the next generation of statistical infrastructure and transform the way the ABS collects, analyses and accesses statistics.

“We will be implementing new management tools that will give us a greater capacity for automation, reducing cost and risk through the use of market leading off-the-shelf software rather than bespoke internally developed systems.”

Installation, configuration and testing of the new systems are due to be completed by December 2017, with the solution in use from 2018.

"We will begin our process to ratify the Agreement immediately, and will seek to ratify this year," Mr Hunt said.

"The Paris Agreement is a turning point in the transition to a lower emissions global economy. The Agreement provides for five yearly reviews of national targets, underpinned by a rules based system that will assess whether countries are meeting their commitments."

Mr Hunt said Australia was playing its part to tackle climate change with effective policies to cut emissions by 26 to 28 percent below 2005 levels by 2030.

Australia is also a partner to the Mission Innovation initiative and will double investment in clean energy research and development over the next five years, he said.

"We are working with a broad range of partners through our $1 billion climate finance commitment, the Asia-Pacific Rainforest Partnership, our International Partnership for Blue Carbon and the Montreal Protocol.

"The latest estimate from the Department of the Environment confirms that Australia is on track to beat our 2020 target by 78 million tonnes of emissions. This is a 50 million tonne improvement on the last estimate in December last year."

The Federal Government also announced a further $11 million investment in new projects to improve the health and resilience of the Great Barrier Reef, "which will help the Reef to withstand pressures such as the El Nino exacerbated high sea surface temperatures that are causing the current coral bleaching event" Mr Hunt said.