JUST 29 percent of data centre user decision-makers say their current facilities are meeting their needs, and just 6 percent say their data centres are updated ahead of their needs.

These are among the findings included in a new report from Forbes Insights and Vertiv.

The Modern Data Centre: How IT is Adapting to New Technologies and Hyperconnectivity examines the results of a survey of 150 data centre executives and engineers from various industries around the world. 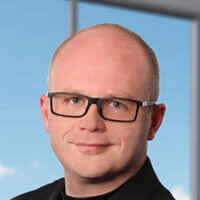 The survey results indicate a troubling lack of planning and preparation for today’s evolving data ecosystem. A closer examination of the results reveals a stark contrast between executives and engineers: 11 percent of executives say their data centers are updated ahead of current needs while just 1 percent of engineers say the same.

“It is clear, however, that many organisations are lagging on that front. With that in mind, we anticipate considerable investment and activity among businesses trying to catch up and get ahead of the changes.”

Tony Gaunt, senior director for cloud, hyperscale and colocation at Vertiv in Asia and India said, "In Asia, we are seeing growing interest and attention among organisations in future-proofing their critical infrastructure to adapt to the expanding connectivity and network requirements.

"But there is much work that still needs to be done. There is a need to re-examine existing strategies and continuously improve upon them to achieve business success."

Other notable results from the survey included: