AUSTRALIA has slipped one place to 14 in a global ranking of the digital competitiveness of 63 nations released and commented upon by the Commitee for the Economic Development of Australia (CEDA) on September 27. CEDA identified Australia's key weaknesses including business agility, 'tech skills' and communications.

In releasing the Australian results of the IMD World Digital Competitiveness ranking, CEDA CEO Melinda Cilento said the results showed Australia had more work to do if it were to keep pace with other economies.

“The results highlight that we need a broader national community discussion around the importance of R&D, investment in technology, and tech skills and how the benefits of these flow back to the community,” Ms Cilento said. 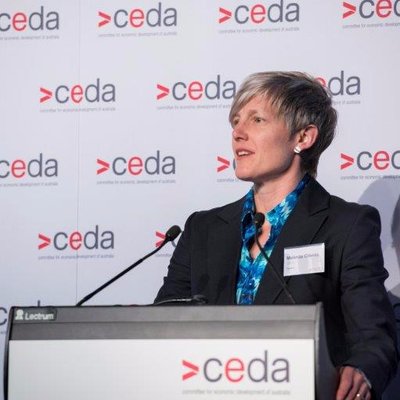 In addition, she said, in the technology area, Australia’s communications technology ranking was still poor at 54.

The ranking rates performance in three areas: knowledge, technology and future readiness, with further subfactors considered under each of these elements.

Ms Cilento said another area for concern was the development of tech skills in Australia..

“While the Australian community has an appetite for new technology with a high uptake of smartphones and tablets, ranking ninth and third respectively, we don’t rank well in terms of higher technical skills,” she said.

“Australia ranked 44 on digital/technological skills and employee training, and 53 on graduates in sciences.

“We also need to be aware that economies in our region are making big gains in digital competitiveness with Hong Kong and South Korea entering the top 10 while Taiwan and China have moved up to 13 and 22 respectively from 16 and 30.

“Our Asia Pacific neighbours are making serious investments into skills and technology infrastructure, both areas where we have dropped off in key areas, and we need to ensure we keep pace. These are the drivers of future competitiveness and opportunity.

“CEDA’s Company Pulse nationwide poll of more than 3000 people released this month showed that investment in technology and R&D were areas of disconnect between the community and business leaders.

“The poll examined business priorities and business leaders rated the importance of research and development (R&D) and investment in new technologies much more highly than the general public.

“We need a stronger national conversation around how R&D and adoption by business of new technology can deliver broader opportunities and benefits to the community.

“In reality R&D and investment in technology will underpin Australia’s future prosperity.

“However, if there isn’t broad community support, it will make it hard for government to provide the policy environment to support and encourage business to keep investing and developing in this area.”

On the positive side, Ms Cilento said the areas in which Australia had strong rankings were: flow of international students (1), country credit rating (1), tablet possession (3), and e-government (2).

Overall the top five remained unchanged to last year with the US holding on to the number one spot, followed by Singapore, Sweden, Denmark, and Switzerland.

The ranking is produced by the Switzerland based IMD World Competitiveness Centre. CEDA is the Australian partner.