AIRTASKER has had spectacular growth because it feeds the ‘gig’ economy, creating new jobs and careers.

Airtasker’s vice president of engineering, Yaniv Bernstein, said one of the great things about Airtasker was the Australian-bred company allowed new types of activity to be added to the economy. 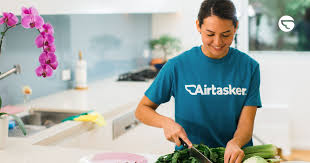 “The example I use is that if you are a song composer in the past, you might find that’s a passion of yours but you can’t get paid for it so it has to remain a hobby,” Mr Bernstein told Talking Business.

“Our mission statement is to empower people to realise the full value of their skills. That’s something we’re really passionate about, so now this person can make an income doing what they really love, what they’re good at, what they care about.

“It’s part of this business to allow people to run small businesses or be self-employed.”

He said the full profile of taskers included people who actually make a living on Airtasker.

“You have handy people, tradies who find Airtasker a great platform for what they’re doing, removalists and people like that,” Mr Bernstein said.

“And at the other end, you get people who like to have a bit of pocket money or get some flexible work around other commitments in their lives such as parenting or studying. They might do things like assemble Ikea furniture on the weekend.

“It’s not about volume necessarily but about ease of customer acquisition.”

Mr Bernstein said thousands of jobs are now posted on Airtasker and completed every week, including unusual jobs.

He said the key industry verticals for Airtasker, where there is a lot of work, included areas like house cleaning, furniture removal, gardening and personal shopping.

He said Airtasker has had remarkAble growth in Australia over the last few years, reaching several hundred percent.

The growth has been so spectacular that Airtasker is now looking to expand overseas. 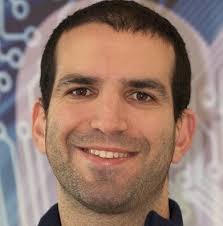 “It is an Australian company and that’s our core market that we’re excited about,” Mr Bernstein said. “But what’s really thrilling is that over the last couple of years especially, ss the company has recognised the success it’s had in the market and the global potential of it.

“I think we have set our sights more broadly.”

Airtasker has now launched in London and it is seeing huge growth there, Mr Bernstein said.

“Compared to the early years in Australia, because our product is more mature and we’re mature operationally, the growth in the UK is far more rapid than we had in Australia so we see massive potential in the UK and other foreign markets as we expand.”