AN AUSTRALIAN beer brewer – branded Broo – has secured what is believed to be the country’s biggest beer deal in China since the original globalisation of Fosters products.

Impressively, Broo Export Pty Ltd has struck a seven-year agreement with the major Chinese supply and distribution company, Jihua, belevied to be worth more than $120 million in aggregated distribution revenue. 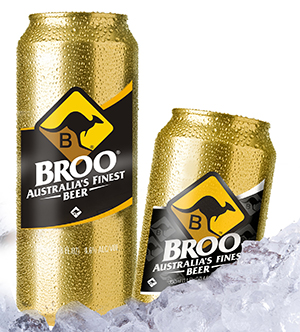 Mr Grogan said Jihua has also committed significant upfront marketing and advertising funds to expedite the growth volume of Broo in the first three years of the distribution and Broo has agreed revenue payments for that term can be accrued and paid upon completion of the third year, with payments continuing on a six monthly basis thereafter.

It sounds like an ideal launch formula for the relatively small Australian brewer.

“Our focus is now on continuing discussions in other international markets and domestic expansion,” Mr Grogan said.