MONARC GLOBAL’s innovative application of its hi-tech booking system, to the aviation charter industry, may be the re-set this challenging travel sector has been looking for.

What Monarc does is to initiate significant operational efficiencies and commercial gains for private asset operators. It has begun with private jet operators and air charter companies, but will over the long term extend to marine, rail, road freight and more, according to founder and CEO, Royce Crown.

Monarc Aviation was born in 2017 with a small booking app, its name coming from an acronym of MONica And Royce Crown. 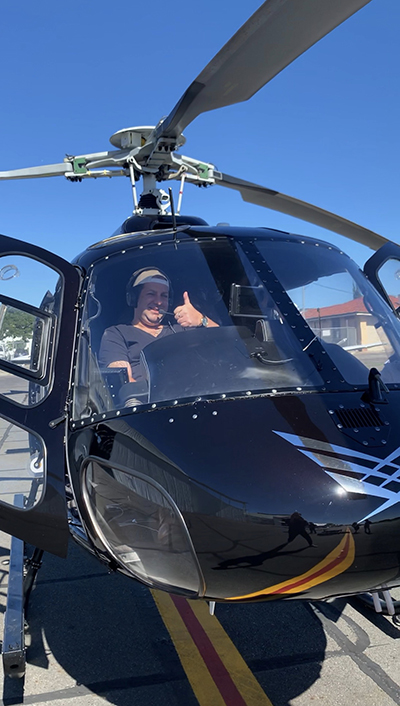 Crucially, Monarc Global is the best solution developed so far for general aviation charter operators and aircraft owners. It relieves what, up until now, has been an aircraft operators’ ‘pain point’: the manual charting of fleet operations and bookings.

Mr Crown said these ‘pain points’ aviation companies faced were the “archaic, lengthy processes required to identify a quote price for a charter service, involving manual calculation each time a request is made”.

For most companies, he said, this leads to many enquiries not converting to sales. In general, charter companies find that only about one in 20 quotes actually convert to sales.

In addition, the existing system is really only targeting a small portion of the potential market.

“Then there is the excessive and duplicated time required to generate and receive such quotes,” Mr Crown said. “There is significant wastage, due to inefficient logistical issues, leading to completely empty or partially empty flight legs, wasting fuel and compromising profits.”

Mr Crown said an unfortunate knock-on effect from these manual systems is that customers lack trust in individual operators, who do not have the brand recognition of commercial operators.

The business began as a helicopter airline, offering a solution for many travellers to the traffic snarls on the M1 between the Gold Coast and Brisbane.

The Crowns met with Michael Cooke, CEO of Avcair, to discuss the potential for crowdsourcing seats on jet aircraft and, as a result, Monarc Aviation was born in 2017 with a small booking app.

“We started to grow traction, but found it difficult to get prices from operators – and customers were beginning to get frustrated,” Mr Crown said. “We started losing business and clients …”

It was a difficult time that was, nevertheless, showing potential. This potential, however, was hard to realise without greater automation.

A frustrating case was that of Monarc clients from Macau who wanted to charter from Macau to Australia.

“We couldn’t get pricing or availability from any operator until three days after the flight was meant to depart,” Mr Crown lamented. “We knew there had to be a better way.”

So founders Monica and Royce Crown got to work and conceived a Global Distribution System (GDS) – the type of the platform developed by major airlines – for non-scheduled aircraft over the 2017-18 Christmas break.

Monarc Aviation was shut down and Monarc Global was born as a technological solution, to automate quoting and booking for aircraft operators, so brokers and agents could get instant prices and live availability.

At this stage, Cameron Deane came on board as co-founder and chief technology officer (CTO), joining Monica and Royce .

Cameron Deane – who graduated with a Griffith University first-class honours degree in Software Engineering and has a 20-year-plus pedigree in developing aviation industry software for clients including Boeing Australia, Virgin Blue Airlines and Temando – continues to lead the Monarc tech team into new areas of development.

As a co-founder of Temando Pty Ltd, Mr Deane was an integral part of all aspects of the business – technical, operational and leadership – and was a hands-on participant from early conception right through to the final acquisition stage. It would seem like an ideal career flightpath for developing an innovative startup company like Monarc Global. 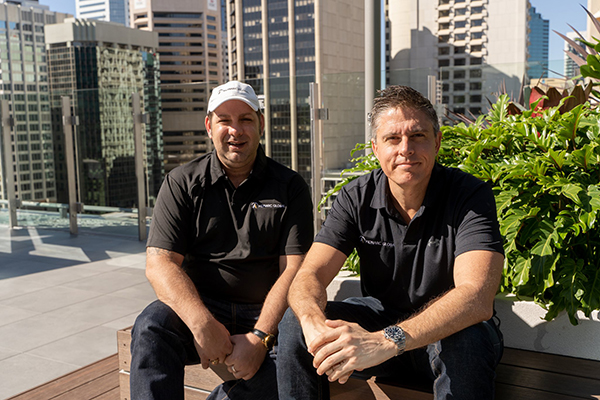 As part of the development process, Monarc Global joined the Brisbane-based River City Labs Accelerator program in June 2018. In the River City Labs energised and collaborative environment, the Monarc team developed an entire technology platform that links all stakeholders in the supply chain, including consumers, asset operators, brokers, agents, aggregators and businesses.

“Monarc Global’s solution will lead to significant operational efficiencies and commercial gains for private asset operators as well as to all businesses who can utilise these assets for freight or travel, tour providers, tourism industry bodies and others,” Mr Crown said.

“It creates new markets of cost-effective travel for consumers, as well as delivering environmental and other benefits to industries such as insurance, defence, government, medical and pharmaceuticals.

“Our core innovation is a holistic system that streamlines a number of critical, manual, processes within, thereby providing private charter operators with a more consistent and predictable business and an enhanced ability to focus on safety and growth.”

With a robust proving and testing regime, Monarc Global is close to realising the long-standing vision of Monica and Royce Crown.

“Our vision at Monarc Global has always been the same, to make positive changes in the aviation industry by leading the way to technology as a solution – and to provide accessibility to charter aircraft to everyone.

“Our system is being built to eventually integrate with meta-search sites such Expedia and Webjet, where 81.9 percent of people go to search, compare and book air travel,” Mr Crown said.

“To not have charter, as an option, means 81.9 percent of people will never think of charter as an alternative. Monarc Global should change that forever.”

WHILE the general aviation market in Australia has had its challenges in recent decades, the future is looking up with new technologies coming through.

It is by applying new technology to improve the industry – and clear up its choke-points – that founders like Monica and Royce Crown are helping to transform the sector for a brighter future. 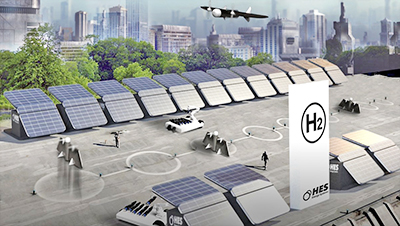 “The Sydney Harbour Bridge goes from five lanes on each side to two lanes in the Sydney CBD and people wonder why traffic is so backed up? My point being, regulations and innovation should be about forward thinking and the ability to plan for amazing outcomes.

“To go back to the Sydney Harbour Bridge, this is the perfect example of forward thinking and innovation, yet just after the bridge, it seems like the future was a future problem.”

Innovations coming through that will transform the aviation and aerospace sector in Australia include unmanned aerial vehicles, the potential for ‘flying taxis’ and an opening up of single-seat sales for air charters.

Regulations around selling charters by the seat have been being looked at for many years, but so far there has been no regulatory outcome.

Mr Crown said all of these areas needed a clear, concise and innovative approach to regulation – not the indecision and inconsistency of the past. There were some encouraging signs.

“Canberra has already agreed to Uber unmanned aerial taxis to be tested in Australia,” Mr Crown said.  Recent and continuing crackdowns on illegal charters were also a positive sign from Australian authorities, he said, so were proposed new drone operation regulations. Plus, urban flying car regulations and infrastructure were being considered now, even though such craft still look a long way off.

He hoped such future innovations would not suffer the same kinds of indecision and apathy that CBD helipads had endured over decades.

“Currently, Sydney and Brisbane are landing pad free, although permission has been granted to build a helipad, construction is behind. Since the initial approval, the regulators seem to be loosening the very tight grip,” he said.