IMAGINE parking your car with the assistance of software, web and apps and IoT (information of things) equipment that allows you detect the proximity of other vehicles, along with other services such as access controls and licence plate recognition.

It’s all designed to create a more frictionless parking experience through technology.

Welcome to the world of Parkable, a Deloitte Fast 50 winner, which provides staff parking solutions for enterprises and small businesses and a sharing economy-style public parking app. Parkable has also just entered the China market. 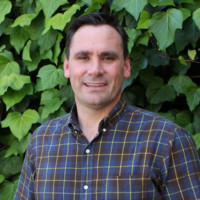 Toby Littin, the CEO of the Auckland based company, said the aim was to create a better parking experience and better use of car park real estate.

And in China, that has become critical with its rising middle class.

“Car ownership has gone through the roof, we’re now seeing EV (electric vehicle) ownership going through the roof, and that’s led to a situation where there’s a shortage of car parking in certain areas that’s more extreme than we see in the western world which gives rise to a real need for technology-based solutions to help manage that,” Mr Littin told Talking Business.

The exciting part for Parkable is they have just entered China, one of the world’s biggest car parking markets. The company is based in Shanghai and spreading through some of China’s tier one cities such as Beijing, Guangzhou, Shenzhen and the Hong Kong Special Administrative Region.

Mr Littin said with the complex political and economic landscape of China, Parkable needed partners to get into the market.

It decided the best way to go was through a joint venture, so it teamed up with an investment group identified by its network. The investment group specialises in working with companies that want to introduce their technology into China.

It took Parkable 18 months to nail down that relationship.

“The thing in China is your success is hinged around the quality of your relationships,” Mr Littin said.

“The team up there have outstanding relationships into business and government and with the full complement of staff and supporting infrastructure, it really means we can get a head start on our ambitions up there.”

One of the most fascinating aspects of the China venture is that the country is now the leading market for electric vehicles, creating enormous opportunities for Parkable.

Mr Littin said the big issue in China, and one which will be replicated around the world, is that non-EV vehicles are sitting in EV parking spaces, which means EVs can’t get in there to charge the car.

Parkable creates a system that allows EVs to reserve their parking spots.

It is partnering with EV-charge manufacturers in China to make it all happen,