JAPAN, which once garnered positive headlines globally due to relatively lower rate of COVID-19 infections compared with other countries, seeming to pass through the worst of the virus outbreak, is now on alert from a spike in new COVID-19 cases in recent weeks.

Investors, who are wary of the rising cases and the consequences on the business environment and the country’s economy, are expected to remain cautious on placing bets, according to GlobalData. 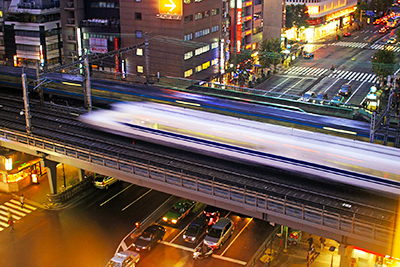 Tokyo, where a state of emergency was removed on May 25, started registering new cases in July. It registered 224 new cases on July 9 and crossed the 200 mark for the first time.

Realising the gravity of the situation, the Tokyo Metropolitan Government raised its COVID-19 alert to the highest level on July 15. It is still in force.

Aichi and Osaka have also been seeing growth in COVID-19 infections and reported 144 and 196 new cases, respectively, on August 5.

Aurojyoti Bose, a lead analyst at GlobalData, said, “If new COVID-19 cases continue to increase and Japan is forced to impose nationwide state of emergency, it will be a big blow to the country’s economy.

"The Bank of Japan in its forecast issued on July 15 expects the economy to shrink by 4.7 percent in fiscal 2020 and the recent surge in new cases signalling towards a second wave of COVID-19 infections may pose further risks for the country’s economy. It will also dent the recovery of business sentiments, which started picking up as the number of COVID-19 cases slowed down in late May.”

Mergers and acquisitions (M&A) and venture capital (VC) deals which stood at 62 and 52, respectively, in April 2020, the month when Japan imposed a state of emergency, decreased to 56 and 43, respectively, in May.

Nevertheless, investor sentiments started picking up, subsequent to the removal of state of emergency in late May, with M&A deal volume increasing to 66 in July while VC deal volume remain unchanged at 43.

“With the recent spike in cases likely to dampen investor sentiments, it would be noteworthy to see if the momentum persists during the coming months," Mr Bose said.