THE GROSS VALUE of farm production is forecast to increase to $61.4 billion in 2018-19, up from $60.5 billion in 2017-18 according to the ABARES Agricultural Commodities report, and well above the 10-year average.

According to the Australian Bureau of Agricultural and Resource Economics and Sciences, barley, horticulture, lamb, milk, wheat and wool production values are all expected to rise.

The ABARES report pegged livestock production value to rise 3 percent in 2018-19 to $30 billion. Lamb and wool production are forecast to contribute strongly to growth, driven by price growth and a depreciating dollar. Australian dairy is expected to grow in value, reflecting increased production. 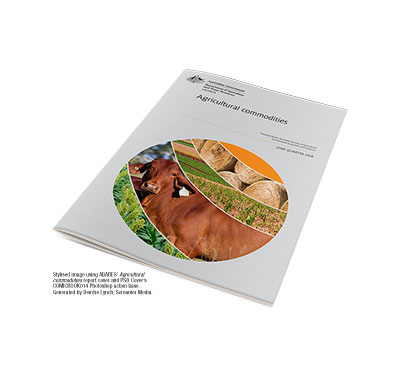 “Farm production is on the up, thanks to strong demand for Aussie lamb, wool and cotton across our international markets,” Mr Littleproud said.

“Farm exports are expected to reach $47 billion in 2018-19. Cotton exports are forecast to rise by a huge 18 percent to $2.6 billion thanks to world consumption outpacing world production, lifting prices.”

He said the 9 percent forecast growth in wool exports were due to limited growth in the world supply of fine and superfine wools, lifting prices.

“Lamb exports are forecast to rise by 10 percent to $2.3 billion, while the value of beef and veal exports is forecast to increase by 2 percent to $7.8 billion,” Mr Littleproud said.

“Our farmers are already benefiting from current free trade agreements with China, Japan, Korea, and will get better access to key markets through the Trans-Pacific Partnership.

“Some of our farmers are really copping it as drought conditions roll on and that’s why recently I announced $20.3 million to extend the Rural Financial Counselling Service to 2020,” he said.

“The Farm Household allowance remains on the table as an option for those doing it tough, helping over 7,900 since it was launched in 2013. Farmers must not self-assess for this service but should seek advice through the Department of Human Services.”