QANTAS is adding another string to its bow of aviation firsts by launching the first point-to-point non-stop flights between London and Australia – a 17-hour connection.

Qantas will operate non-stop flights from Perth to London using the Boeing 787-9 Dreamliner. The 14,498km service will be the first regular passenger service to directly link Australia with Europe when it begins in March 2018.

Fines for drones over bushfires

FLYING drone aircraft near bushfires in now an offence.

The Civil Aviation Safety Authority (CASA) had announced it can issue fines for flying a drone in a way that puts aircraft at risk – and those fines can be as high as $900 on-the-spot and up to $9000 of the matter goes to court.

The Cessna Citation Latitude is the first business jet to combine a wide, flat-floor, stand-up cabin and internet equipped interior with a midsize price, according to Hawker Pacific’s Tony Jones.

THE Australian Government has begun a major study into general aviation (GA) in Australia which aims to remove barriers to growth.

The study will cover regulatory and cost issues affecting the sector and the government is calling on representatives of the general aviation sector to contribute to the discussion.

A NEW aviation tracking system to allow air traffic controllers to accurately ‘see’ aircraft in parts of Australia with no radar coverage is being mandated from February 2017.

Owners and operators of Instrument Flight Rules (IFR) aircraft must ensure their aircraft are fitted with Automatic Dependent Surveillance Broadcast (ADS-B) technology from February 2 next year.

Airservices Australia said all IFR aircraft flying in Australian airspace must be equipped with ADS-B – and already the industry had made a strong start. 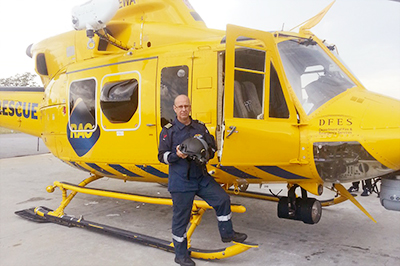 “I would like to congratulate those operators and owners who have already fitted with ADS-B and are seeing the real benefits the technology offers,” Mr Angus said.

“I would also encourage those who have not yet fitted their aircraft with ADS-B to make sure they do before 2 February 2017.”

There are around 1000 IFR aircraft that still need to be fitted in Australia prior to the mandate which includes about 90 of Australia’s IFR helicopter fleet.

Operators that are already fitted are gaining the benefits of improved air traffic surveillance coverage across the continent, enhanced situational awareness and an increased likelihood of obtaining their preferred flight levels or altitudes.

“When operating out of Jandakot Airport, certainly one of the busiest airports in Australia, instead of just getting an icon on the traffic display, with ADS-B we get more information about the traffic. We get a much better picture of what is happening around us and this is where we have seen the biggest advantage.”

Airservices has long been a leader in investing in new technology to improve efficiency and safety for our airspace users, with Australia the first country in the world to commission a continent-wide ADS-B surveillance network in 2009.

Sunshine Coast Airport has been upgraded with improved access to border agencies to meet Air New Zealand’s flights from Auckland.

Infrastructure and Transport Minister Darren Chester said, “Sunshine Coast Airport serves as an important gateway to the region. This designation will provide opportunities to promote the area as a leisure and business destination to new foreign markets. 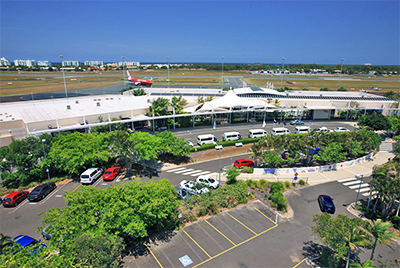 “The potential to attract additional international services will complement Sunshine Coast's impressive domestic traffic growth. Passenger movements at the airport are almost 20 percent higher than they were three years ago,” he said.

“This is one of a range of measures the government has recently undertaken to make it easier for foreign visitors to directly access regions outside of Australia’s major cities. Currently 45 cents out of every tourism dollar is spent in Australia’s regions.”

DEFENCE researchers are working with the US Air Force Research Laboratory (AFRL) to develop techniques for accurate drone navigation without the use of global positioning satellite systems (GPS).

Success in this field will have immediate benefits for unmanned aerial systems (UAS) military applications and could help develop a longer-term edge for Australian UAS applications, with the eventual goal being ‘passive navigation’ capability. 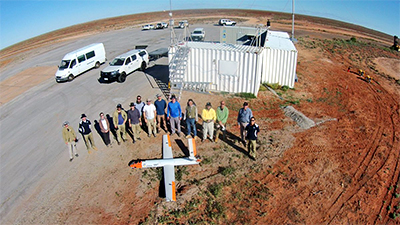 “Our aim under this project is to navigate a UAS aircraft without GPS assistance to a target location 100km away,” Australian researcher Sam Dudley said. “As part of that, to maintain range safety and for operational reasons, we need to maintain communications with the aircraft over the 100km outward journey.”

Mr Dudley specialises in trying to optimise and improve the performance of a datalink between a far-off UAS and home base.

“My work has really been examining the data link for that system and trying to keep it as reliable as possible while minimising the amount of infrastructure and complexity,” Mr Dudley said.

Mr Dudley and the team use the Woomera Test Range in the South Australian desert for these trials. The entire unmanned aerial mission must be conducted from a single launch and recovery location, to minimise the number of personnel required and to reduce infrastructure.

The team chose a flight altitude of 450m above ground to optimise safety in case of a system failure and the opportunity to capture high quality data for the on-board experimental systems.

“Reliable datalink communications are paramount to the success of our extended-range flight trials, but the trade-off we made in flying at 450m is less-than-optimal for radio communication,” Mr Dudley said.

“My paper at last year’s International Aerospace Congress presented some solutions to this problem.”

Standard testing was insufficient in predicting the performance of the datalink, as reflections from the landscape at such altitudes causes significant destructive interference in otherwise clear line-of-sight conditions. Through modelling, Mr Dudley has shown it is possible to exploit these effects in order to minimise the impact on the datalink operations.

“I presented an experimentally demonstrated solution in the paper,” Mr Dudley said.

With the datalink well on the way to being stable, the team is able to pursue its key project research focus, namely passive navigation.

“That means using available emitters, whether it be light or some other radiation source or even the polarisation of the sky to guide our UAS. In many ways we take inspiration from biology, for example migrating birds, or insects finding their way back to the hive,” Mr Dudley said.

An AFRL contingent joined Mr Dudley and colleagues at Woomera earlier this year for a successful trial, one of many such trials that have taken place.

Mr Dudley said the US defence scientists appreciated the research flexibility available at the Woomera range, and also the flexible nature of the DST auto-pilot software.