A no brainer: expanding self education tax deductions

THE Institute of Public Accountants (IPA) is hopeful the Federal Government will pull the trigger on last year’s Federal Budget proposal to proceed with expanding self-education deductions.

“Our tax system inhibits rather than incentivises reskilling and retraining. Education expenses that do not have a sufficient connection to an individual’s current employment are currently not deductible,” IPA chief executive officer, Andrew Conwaysaid.

“The disruption caused by globalisation, technology, intergenerational forces, the changing nature of work and the labour market are driving the need for continued upgrading of skills throughout life. 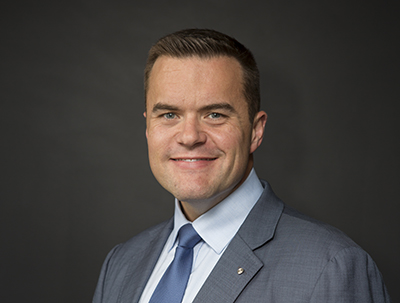 “Upskilling and further education is an investment in human capital that adds to the economy’s productive capacity and can play a key part of our post COVID recovery.

“Those who have the financial capacity to invest in themselves should be encouraged to do so particularly in a post-pandemic environment where jobs have been displaced and overseas immigration of skilled labour has been curtailed.

“The government is proceeding with its proposal to exempt employers from fringe benefits tax if they provide retraining and reskilling benefits to redundant, or soon-to-be-redundant, employees where the benefit may not relate to their current employment," Mr Conway said.

“To provide equity with individuals who have employer support for reskilling or retraining, it is important to extend a similar tax concession to individuals who undertake further education at their own cost.

“As part of the proposal to extend the self-education tax deduction, the IPA supports the inclusion of appropriate integrity provisions to ensure taxpayers don’t take advantage of the tax system by engaging in lifestyle pursuits at the taxpayers’ expense.

“A shared risk approach where the taxpayer bears some of the cost of education, particularly in cases where the retraining does not result in a change or advancement of career, is warranted,” Mr Conway said.

About the Institute of Public Accountants

The IPA, formed in 1923, is one of Australia’s three legally recognised professional accounting bodies. With the acquisition of the Institute of Financial Accountants in the UK, the IPA Group was formed, with more than 40,000 members and students in over 80 countries. The IPA Group is the largest SME focused accountancy organisation in the world.  www.publicaccountants.org.au