THE BBC’s international commercial news division, BBC Global News, is being backed by FedEx Express in the launch of a new multi-platform series on global trade.

The series Made on Earth explores the story of the world’s remarkable and ever adapting trading networks, which help businesses reach billions of potential customers around the world.

According to the BBC, The editorial series reveals key moments, worldwide shifts and changing trends happening in the industries involved in creating eight everyday products – spices, paper, coffee, flowers, whisky, handbags, bicycles and semiconductors. From rose farmers in Kenya to florists in the UK, brewers in Scotland to bar managers in China, Made on Earth takes audiences on a journey across the world to discover the reliance on global connectivity for consumer goods.

The commercial deal involves FedEx Express becoming the exclusive sponsor of the new TV and digital series on BBC World News – which is watched by over 100 million people every week –and BBC.com, which reaches more than 110 million unique users each month.

To appeal to an even wider audience base, the series will also be subtitled into local languages to appear on international BBC News sites including BBC Afrique, BBC Brasil, BBC Chinese, BBC Mundo and BBC.jp in Japan, adding extra value to the deal.

As part of the partnership, the BBC has created a bespoke digital hub at BBC.com/madeonearth. The hub will feature articles, links to episodes on the BBC’s dedicated video streaming section, BBC Reel, and a series of commercial films created by BBC StoryWorks, BBC Global News’ commercial content-marketing division, which will also be available on BBC World News and on selected BBC social media handles.

Following the first run of the series in the autumn, the Made on Earth content will retain its presence on the BBC’s platforms, ensuring ongoing audience engagement.

BBC StoryWorks and Advertising executive vice president, Sean O’Hara said, “International trade plays a crucial role in providing people around the world with access to products which enhance their daily lives, so we are delighted to join up with such a prestigious global brand as FedEx Express to offer audiences this fascinating insight into the vast trading networks which shape the way in which we all live.

“This commercial partnership allows FedEx Express to tap into the global reach and credibility of BBC Global News – on TV, online and social media.”

FedEx Corporation executive vice president and chief marketing and communications officer Brie Carere said, “Global trade is our business. This strategic partnership with BBC Global News gives a voice to the entrepreneurs, manufacturers and consumers of goods from around the world and shows the endless possibilities available. 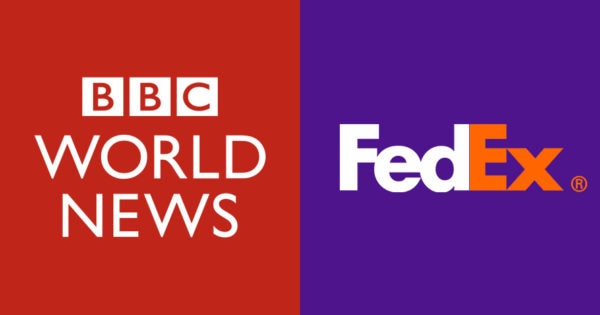 “The unique combination of the BBC’s compelling storytelling and worldwide reach will ensure that the subject of international trade will make an impact with audiences globally.”