QUEENSLAND resources have helped underwrite record trade figures for Australia, including upticks in the export earnings for both coal and liquefied natural gas (LNG). 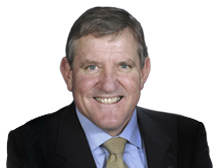 ABS figures for 2017-18 released this week show a substantial increase in exports of metallurgical coal, thermal coal and LNG.

“Queensland has a track record of making the best use of our resources for local communities and to the benefit of all Queenslanders,” Mr Macfarlane said.

“When our resource commodities are sold overseas, they bring back valuable royalties that help build roads, schools and hospitals everywhere from Cairns to the Gold Coast.

“These trade earnings reinforce the dollar value of our coal and gas exports. This is more good news for our resources sector on top of the figures released last month by the Office of the Chief Economist which show ongoing strength in the export market for our commodities, including a forecast that the value of coal exports would overtake iron ore during the current financial year," he said.

“Every Queenslander should welcome these outstanding figures. They’re the direct result of the hard work of the 280,000 Queenslanders who work in or with the resources sector and they’re a direct benefit to all five million Queenslanders.”

"The sector’s recent growth has ensured the Palaszczuk Government is on target for achieving its Trade and Investment Strategy 2017-2022 goal of a 22 percent share of the nation’s export revenue," he said.

“Thanks to the resources sector contribution of eight in every $10 of Queensland’s export earnings, the State is delivering 23 percent of Australia’s exports. \

"Without the resources sector, Queensland would provide only 10 percent of the national share,” Mr Macfarlane said.