MOVES by the Federal Government to reduce financial reporting and audit requirements for businesses have been welcomed by accountancy and audit experts – but businesses are being warned that costs associated with poor corporate governance may outweigh any reduction in compliance costs.

Pitcher Partners Brisbane partner, Dan Colwell said while there would be some relief for businesses, most major mid-market privates may still need to have an audit undertaken. Recently the Federal Government announced it would reduce the reporting burden for small and medium enterprises (SMEs) by raising the current financial reporting thresholds. 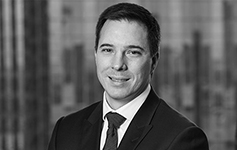 “For many businesses with bank finance, the banks will still require audited accounts on an annual basis,” Mr Colwell said.

Mr Colwell also said businesses that were foreign-owned, or part of a large group, may also have an audit and reporting requirement for consolidated group reporting purposes.

Where the real advantage will come, Mr Colwell said, was that many private businesses will no longer need to lodge their audited accounts with ASIC.

“Lodgement has always been a commercially sensitive issue for private businesses, especially when it is presumed that competitors in the market are not complying with the law, putting the compliant company at a commercial disadvantage,” Mr Colwell said.

“ASIC has been quick to regulate companies that comply with their annual lodgement obligations, but slow to penalise those that don’t — although that’s changing thanks to improved data matching between regulators,” he said.

Mr Colwell said the increased privacy of the new regime would be welcomed and this is something businesses have wanted for some time.

He urged SMEs to consider their options in continuing to get an assessment of their governance and strategic position, if not from audits then from other forms of independent assurance.

The Federal Government now says it will effectively double all three measures of the requirements, which will allow around 2,200 firms to be excused from their current ASIC financial reporting and audit requirements.

Mr Colwell said while the move would cut compliance costs — estimated by the government at $81.3 million annually or an average cost of $36,950 per company — there would still be audits required for many businesses.

Companies that fall between the former and new thresholds will still be required to keep written financial records and may be required to prepare or audit financial reports if directed by ASIC —  or by five percent or more of their shareholders.

Those with borrowing facilities, or looking to sell or exit as part of business succession planning, may also be required to continue being audited – but will be spared the requirement to lodge.