Deal to save Australia’s greatest steelmaker bleeds out

BUSINESS ACUMEN magazine has long lamented the fact that too many iconic Australian companies have fallen, and national wealth has been lost, because of this country’s inadequate approach to voluntary administration.

Now it looks like one of the most severe examples in Australia’s voluntary administration history is about to play out: Arrium.

We fear that one of Australia’s manufacturing and mining giants, the 94 companies of Arrium (in the distant past known as BHP Steel and today its best-known brand is OneSteel) could wither away in aimless administration until its most prized companies are exhaustingly sold off to foreign interests. One of the jewels in the Arrium crown, Moly-Corp, was recently sold by KordaMentha with the assistance of Morgan Stanley to American Industrial Partners for more than $1.6 billion.

Arrium's smaller interdependent companies could either be stripped away in a series of desperate ‘trade sales’ or fall into liquidation of their own accord. 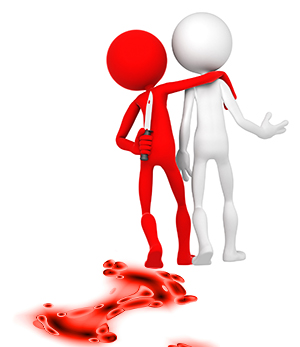 Given such a prospect and the thousands of jobs at stake – which apparently alarms no-one in the (Jobs and Growth!) Government – you would think someone in the Federal or South Australian Governments might be interested to hear from someone with a plan to save the entire company … at no cost to any government or the tax payer.

If someone is seriously interested in raising more than A$4 billion to save Arrium – and not as a loan – but reasonably needs more information to frame the deal and work out the schedule for recovery of the entire Arrium Group, you would think he would at least receive the courtesy of being seen and heard.

He cannot get a meeting.

Not with KordaMentha, to whom he first proposed this rescue package in June 2016 and who only answered his request for a meeting in December (with a ‘no’) after various government Ministers referred the now more widespread request back to the administrator.

Not with the South Australian Government – the government with surely the most to lose from a broken up Arrium and foreign-owned Whyalla plant … whose initial response from the Treasurer Tom Koutsantonis (on behalf of the Premier and other Ministers written to) fobbed him off by saying KordaMentha was well advanced in the sale process and “it is at the administrator’s discretion how they assess and act on proposals they receive”.

(To his credit, though, Mr Koutsantonis has since responded to the platform's Australian representative with an assurance that the South Australian Government was insisting on Arrium not being broken up and a $50 million loan to support the group maintained that condition. He encouraged the continuance of the move to rescue Arrium in its entirety.)

Not with the Federal Government, either. However, former Industry Innovation and Science Minister Greg Hunt did reply fairly promptly and did suggest the platform should take its concerns about not getting a hearing from the administrator to the Australian Securities and Investment Commission (ASIC), which has since happened.

(And ASIC, it is understood, were not prepared to investigate the matter further nor play a role in having the administrators respond to the request for a meeting on the recovery plan).

And neither could he get a meeting with the four major creditor banks, who would apparently need to participate in the infrastructure trading platform for just two years to get all their money back.

Or, at least, the banks have not agreed to meet so far – yet they are showing belated interest as the quantum of their potential losses on Arrium going the way it is going hits home. Banks, after all, have a duty of care to their shareholders too.

Apparently it has recently been pointed out that by not alerting Arrium’s Committee of Creditors, which includes the banks and the Australian Workers Union, to the financial recovery proposal, it may not meet the provision in the Corporations Act 2001 Section 439A Paragraph 4 (v) to provide “such other information known to the administrator would enable the creditors to make an informed decision about each matter”.

It is, perhaps, ironic that paragraphs 3 and 4 of that section of the Act have actually been removed by the Parliament, as of March 1, 2017. Something to do with, we surmize, red tape reduction.

It is a frustrating situation for the man making the offer on behalf of his Europe-based infrastructure financial trading platform colleagues … who are more used to being welcomed. Welcomed by Japan, for instance, to help develop its national fast rail system. Or successfully helping medical researchers to develop a vaccine for ebola. Yes, this platform helped provide funding in both cases.

Apparently the reason the European infrastructure financial group is interested in recovering Arrium is that they see a bright future for the mining and steel production giant in developing much-needed infrastructure – rail, tunnels, bridges, airports, energy systems – well into the future.

And Australia is a safe place to develop infrastructure, which is their main game.

Once they have successfully funded a major project in Australia – and Arrium would certainly prove their system to Australia, should they be successful – they believe a huge demand for their infrastructure funding system would follow here.

As we now know, a report by Korda Mentha on December 20, 2016, that a sale of the Arrium’s prized Moly-Corp operation was likely to go ahead in early 2017 to American Industrial Partners came to pass. Despite international offers for various other prized parts of the Arrium empire, the desire to see the rest of the group sold as a single entity still seems a long way off.

While not specific about the sale of Arrium’s other entities, apart from saying it would prefer the business to be sold “as one line” and as a going concern, Korda Mentha said it expected to have the sale completed by March 31, 2017. That clearly has not happened. Most media reports have tipped strongest interest from South Korean private equity firm Newlake Investments joined by it Australian steelmaker Posco, competing with UK-based Liberty House, and tipped a result in April.

Without hearing out this new infrastructure finance offer, the Australian Government has shown it is not serious about its calls for more financial innovation in this country.

A trading platform that can develop new infrastructure without taxpayer funding, in most cases is operated for 30-35 years by the developer and then is handed back to the government that ‘owns’ it?

Listen, surely it’s not too innovative for Australia?