ARTIFICIAL intelligence (AI) has become the true topic du jour, not just in technology but in so many aspects of our lives.

Reactions are mixed but it’s fair to say the negative, often more headline-grabbing side to AI has formed the largest part of the conversation. We’re constantly reminded of the potential dangers it can bring, such as the loss of jobs and even the threat of killer robots.

But there are benefits to AI. Technology has long promised to free us up from the rigmarole of tedious tasks we have to do in our working and personal lives, and AI might be a real step in that taking shape.

I don’t think we’re under any illusion that robots will just do everything and we can retire to the beach, but they might at least do the things we don’t want to do, and that’s something to get behind. 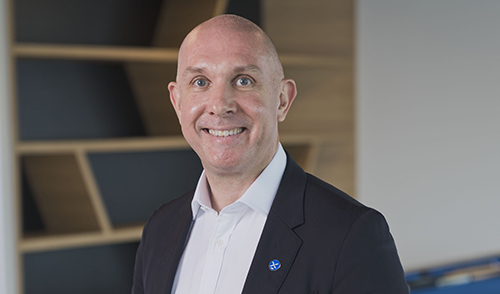 Applications of AI in healthcare, such as mining patient data for more accurate diagnosis, stand to benefit our wellbeing and even save lives.

GET SMART ABOUT AI

Whatever your opinion, AI will continue to develop and it’s something we all need to prepare for. The possibilities are virtually endless as we create machines that will be as intelligent as we are, and then considerably more intelligent over time.

The business-level benefits to AI are many – increased automation, reduced operational costs, efficiency, the ability to identify new revenue opportunities using data analytics, to name a few, and business leaders in Australia are taking notice.

A survey from Infosys earlier this year revealed that around 75 percent of organisations in Australia plan to build a dedicated team of AI professionals ‘soon’.

But AI isn’t just something you can just click and collect from an app store. Even if it was, it would still require a huge amount of power and resources to work and that is something most businesses in Australia are ill-prepared for.

With AI, we’re talking about replicating brain power, an area we don’t even fully understand yet.

To replicate and employ that power within a business, you need to find the right brain power to make it work – in technology terms that means compute, network and storage, the invisible IT environment layer that powers all digital services including AI.

Modern IT environments are made up of cloud in the forms of public and/or private ‘enterprise cloud’, and this is what’s needed for AI to work efficiently.

The pre-cloud era consisted of environments that ‘got the job done’. These were large, expensive investments that had to justify themselves over the period of around five years before an upgrade was due, by which time the technology had become obsolete.

Cloud has changed that, and none too soon. It can provide the brain power AI needs and be a base to add further capabilities over time.

The reason why – beyond the fact that it’s more concentrated, faster and easier to use – is that it’s based on software, not hardware.

That means you don’t invest in something that gets you to five years. You invest in something you need now, and add to it incrementally as your needs change. The hardware becomes a commodity and any software enhancements you add over time are built into your entire stack.

Say AI is on your radar, but you’re not in a position to really invest in it at this stage. With cloud you have something that is ready for that investment when you are.

Another reason why cloud is crucial for AI and other IT-intensive applications is that it is constant.

We all know what happens when there is an outage. It’s time and money well wasted – emails can’t be sent, programs we rely on day in and day out to deliver stop working and everyone sits around and waits for the lights to come back on.

AI involves real-time analysis of huge amounts of data, constant processing and most importantly, learning. That process is ruined in the event of an outage, or even by simple delays, and could potentially put us in danger – imagine an outage affecting a self-driving car in motion.

Business leaders who want to invest in AI need to get their cloud house in order first and work with their IT heads to make sure the right capabilities are in place to benefit, and ultimately profit from it.

Success in the fast-developing AI era will belong to those who apply the right brain power to gain a competitive advantage.