CO-OPERATELY owned digital platforms will receive a ‘leg-up’ against the technology giants from a new approach by the Business Council of Co-operatives and Mutuals (BCCM), supported by a US$1 million Google grant.

The Google grant is devoted to creating open-source platform technology for worker-owners and BCCM is partnering with global Platform Co-op Consortia to help enable Australian workers to participate fairly in the digitally-enabled economy.

“This new Platform Co-op Development Kit will mean aspiring groups like care workers can access software templates and best legal practices to create their own sharing economies instead of settling for exploitation on the existing options,” BCCM CEO Melina Morrison said. 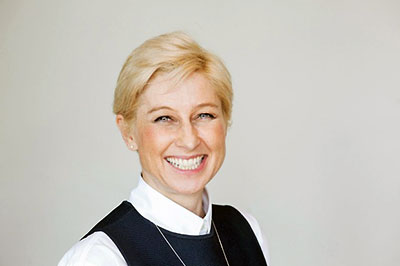 Ms Morrison said it was an economic anomaly that while platforms such as Uber, Deliveroo, Freelancer and Foodora do not own what they sell, they keep the profits of the exchange between supplier and user “because they own the rights to the technology underpinning the exchange”.

According to Ms Morrison, platform co-operatives are owned by the workers or producers, “so the profits of their labour return to them”.

Google.org and Harvard University are providing key technical expertise via open source work for the new Platform Co-op Development Kit so that platform co-ops can create their own platform exchanges.

“Co-operatively owned platforms are needed urgently to address the power imbalance between the people who do the work on platforms and the owners of the platforms,” Ms Morrison said.

“Employee ownership and community ownership gives workers and communities the chance to harness technological changes to the local economy as players, not passive participants.”

BCCM member and carer co-operative This Cooperative Life is a pilot case in the Platform Co-op Development Kit program.

“In areas like social care, platform co-ops deliver agency and empowerment for workers and high quality and consistent services for consumers of disability and aged care,” Ms Morrison said.

“But their potential use is much more varied and wide.”

This initiative is a big win for the cooperative movement “and for platform co-op pioneers all over the world,” said associate professor Trebor Scholz, a platform co-operative expert and founder of the Platform Cooperative Consortia.

“The Kit will make it easier to start and run platform co-ops,” Prof. Scholz said. “It will also provide an interactive map of the co-op ecosystem and essential community-edited resources.”

Developers will begin the first stage of the platform development kit in July and the partnership will then look to build out-data services, job training, legal templates and consultancy services for emerging platform co-ops.

“By embedding the traditional co-operative principles of fairness and community in digital technology, the Platform Co-op Development Kit will seriously challenge the established players in the sharing economy,” Ms Morrison said. “It will make it easier instead for Australian workers to become our newest entrepreneurs and start their own labour-sharing platforms.

“The Australian co-operative sector, which counts 2000 businesses and eight-in-10 Australians as members, is proud to be a part of this important initiative through our support for the Platform Cooperative Consortium.”