Standing on the edge: Is Australia really ready for 5G?

THE DEMAND is there. The hype is there. But is Australia really ready for 5G?

In one sense, the answer is, "Absolutely.”

The fifth-generation of wireless broadband technology will bring an exponential increase in data speeds that will change how people interact with the internet. For example, download time for a high-definition (HD) movie could go from an hour to a few seconds. 5G can also power up remote surgery.

And some say truly autonomous vehicles aren’t possible without it. So 5G will connect a higher density of devices, people and things in smaller areas –  faster and with lower latency than ever. It promises to inspire an astounding array of innovations and new services.

Who wouldn’t want that? 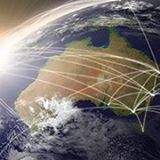 However, many of these applications depend on ultra-low latency and a level of throughput that today’s networks aren’t built to consistently deliver. To best prepare for 5G, Australian businesses need to move IT to the edge of the network, close to the users who are actually consuming these services.

That’s going to require a shift in mindset that puts the edge, and interconnection, at the centre of network design.

The move to 4G was a big leap itself, as it enabled the richer mobile video content we currently enjoy, as well as the proliferation of anytime, anywhere, any device connectivity. But 5G will take it to another level:

Speed. 10x over 4G is a common estimate, with variables such as whether a carrier prioritises range over speed affecting just how much quicker 5G will be.

Latency. 5G latency can dip to 1 millisecond, when the end user and target platform are pretty close – within 4-6 miles of each other. 4G latency is variable, but the best of 5G is 60 to 120 times better than average 4G latencies.

McKinsey focuses on several use cases 5G will enable – provided they’re preceded by serious network upgrades. The use cases include the enhanced mobile broadband that has people downloading huge video files in seconds and which supports significant advances in virtual reality.

5G networks will also be able to better keep pace with the explosive growth of the Internet of Things (IoT) and all its current and yet-to-be discovered applications, as 5G enables up to one million connections per kilometre at very low power.

And 5G makes mission-critical control possible with 1 millisecond latency, opening the door for new applications that demand absolute reliability, such as in healthcare, utilities or autonomous driving.

McKinsey says all these use cases will require network performance to increase 10-fold over current levels across all network parameters, including latency, throughput, reliability and scale. That means heavy investment is ahead in all network domains.

McKinsey estimates infrastructure spending will continue to increase at the high end at its historic range of 20-50 percent annually, while Moor Insights & Strategy predicts 5G will drive IT hardware spending to $326 billion by 2025. And much of this spending will be aimed at moving IT services to the edge.

The answer: high-density deployments at the edge.

In a 5G world, a traditional, centralised network architecture that backhauls traffic from users to a distant corporate data centre isn’t just prohibitively costly, it’s a non-starter. There’s too much data, and latency tolerance for many 5G apps is too low.

Take the example of remote surgery, during which a surgeon using virtual reality goggles and haptic gloves (which let users feel and touch in virtual reality), can operate on a patient half a world away via a robot. This can’t happen over a 4G network.

Latency isn’t the primary issue, though the high variability of latency on a 4G network ultimately would make it too risky if there weren’t bigger problems. The real reason is that remote surgery requires a level of throughput 4G can’t handle.

Of course, latency isn’t just a problem in serious situations such as surgery. It can cause the lag that ruins a 5G-fueled multi-player virtual reality (VR) video game, as well.

Reducing distance between these types of applications and users is the only way to ensure low latency. For 5G applications to work as they should, network operators will need to massively deploy small cell technology in extremely high densities at the edge, where their users are consuming services.

In a typical city neighborhood, for instance, dozens of shoebox-sized small cells might be mounted on public infrastructure, like telephone poles and street lights. In less populated areas, operators will need to significantly increase the density of existing networks by building macro cell sites along the way.

This need for high-density IT deployments isn’t just about a data influx or the need for proximity. Many 5G network operators say they plan to maximise data speed by using millimetre wave – extremely high frequency spectrums.

But millimetre wave also has limited range and can be disrupted by conditions as common as humidity and rain. Heavy concentrations of small-cell technologies are needed to offset that.

Establishing these high-density deployments at the edge can be easier on an interconnection platform that spans the top global markets everywhere.

Interconnection – the private data exchange between businesses – is the fastest, most secure, lowest-latency connectivity there is, and it will be a critical part of the 5G revolution. Companies need the flexibility to expand as the edge evolves. They also need access to their clouds, networks, data and partners, so they can directly connect to whatever they need, wherever they need it.

A global interconnection platform that’s always growing and always welcoming new industry ecosystems and ecosystem partners can be a place that helps companies handle whatever 5G has coming.

But a global interconnection platform that gets companies to edge with speed, safety and cost-efficiency can get a lot of people a lot closer to 5G than they’ve ever been.