FOR PROESSIONALS in the architecture, engineering and construction sectors, an Australian IT innovator named Novius seems destined to change how projects are successfully managed and executed forever.

What Novius achieves sounds simple – providing a collaborative three-dimensional (3D) modelling environment in the ‘cloud’. However, achieving this in a way that enables all stakeholders to participate in real time, smoothly and effectively, has been the ‘holy grail’ for the interrelated industries Novius refers to as the ‘AEC’ sector.

Novius today may be a young and relatively small company, but the minds who created it are long on experience in both IT and AEC disciplines. They essentially created the Novius system to meet their own high standards for robust, flexible and efficient daily use. 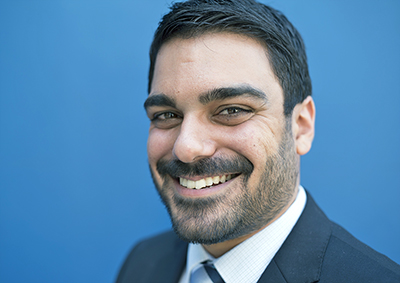 According to the company’s director of strategic development, Joshua Staggs, first among equals is Novius CEO Paul Listo, who he described as being “an innovative and accomplished IT professional who also has the rare practical experiential advantage of having worked as an architectural technician for many years”.

Mr Staggs said it was while trying to improve enterprise IT and design systems for more efficient multi-site use that Mr Listo discovered ‘the cloud’ as a solution. Properly enabled, the cloud could provide a work environment that would solve many of the day-to-day problems and inefficiencies of the way drawings were being created and communicated between architects, engineers and construction managers.

From his own ICT and business management background, Mr Staggs said he realised the potential of Mr Listo’s concepts immediately and decided to help form Novius to bring that potential capability to reality.

“I believe what Paul has created will soon make Novius the ‘go-to’ place for the AEC sector,” Mr Staggs said. “Paul and Novius are focussed on architecture, engineering, construction and manufacturing primarily because the AEC market experiences lots of pain in this space.”

Paul Listo knows about the ‘pain’ of getting the basics right on a daily basis from his years working as an architectural draftsman. He knows how fraught with difficulty the most basic thing – making sure all parties have the latest drawings to work from – can be in practice.

And he knows what happens, in terms of time and money lost, when things don’t all come together as they should. In fact, it was the reason he began to imagine an enterprise-grade system where everyone concerned could collaborate and contribute in real time, so the drawings being worked with were always the most up-to-date.

And then the ‘cloud’ came along.

“What separates us from others is that we are simultaneously a cloud service provider and a solutions provider in the one business,” Mr Listo said. “And this leads us towards our target industries of architecture, engineering, construction, manufacturing, mining, oil and gas …”

Listo’s inherent industry knowledge in shaping the Novius solution also plays out in the way the company collaborates with clients. Every negotiation begins with an assessment of real needs and an implicit ability to scale fast, up and down, to suit any project.

“The way we build and control our cloud and scale our cloud is based heavily on our solution expertise,” Mr Listo said. “When we implement that solution we are in a position to make guarantees about it working, because we know how we have constructed it and how we will continue to build it.”

Mr Listo began to understand the paradigm shift that the cloud could bring to AEC industries – provided all major enterprise software solutions could be made to work effectively on it – as he was building solutions to improve productivity for the architectural practice he worked for at the time, which partners closely with a Chinese architectural practice and operates a Cairns satellite branch office. These solutions included ways to improve collaboration between stakeholders.

“This was at a time when the infrastructure that would allow 3D software to be run in a data centre environment was very much in its infancy,” Mr Listo said. “Slash, not even existent yet.”

In the early stages he would implement solutions to provide partial collaboration to overcome that lack of available infrastructure to facilitate complete collaboration..

“The hardware got to the point where it was actually a viable option to pursue,” he said. “This has always been a very big passion project of mine. Having to collaborate with multiple stakeholders and having to work with people who were in remote areas, it was just not something this industry had ever been able to really achieve before, or do well.

“There is not a single business that I go and talk to that does not have at least one problem around that, operationally.”

Novius is one of the first companies in the world to provide a genuine ‘good-to-go’ cloud 3D collaboration solution in the AEC market.

While Novius has identified several potential competitors emerging in Europe, and large cloud providers such as Amazon and Google claim to offer solutions, none are as specifically tailored to the particular needs of the AEC market as the rapidly developing Australian company.

Novius brings to the table a comprehensive consultation with each approach, tailoring the solution to suit a particular company’s – or project’s – needs and requirements. 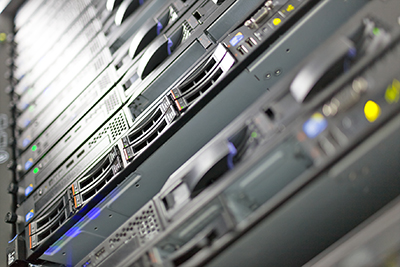 Novius also has bragging rights, Mr Listo said, to a very useful capability: “We will make any CAD software work in this environment. Provided the licence agreements will enable us to do so, we will not discriminate in terms of what software you can run on the cloud.”

Novius has already received positive reports from its client users of AEC products in the cloud such as Autodesk products, Bluebeam Revu, Adobe Creative Suite, Microsoft products and others. Much of that feedback continues to come through its major re-seller in Australia, A2K Technologies.

Novius is finding its reputation for understanding a company or project’s specific needs – and not only tailoring a technical solution but also training stakeholders in how to best utilise the new capability – is driving adoption fast.

“If you’ve got multiple stakeholders – say, an electrical engineer, a mechanical engineer, an architect and a hydraulic engineer, all able to work in the same space and view the same information in real time, then absolutely yes – you will save time, drive productivity and therefore you will also decrease cost in the business,” Mr Listo said.

““A multi-site business is another one. Hypothetically speaking, I have a branch office of five staff, and they take on a reasonably sized project. They have won a big project because they come from a big firm but their primary workforce resides at their head office. This particular project may require  10 people to complete. They utilise the spare resourcing in head office to then meet the requirements of the job.

“Novius would, in that situation, definitely and dramatically improve the time in collaborating between the multi-site offices as well. It’s about having your branch office staff and your head office team working together as though they were sitting in the same office.

“For multi-site, multi-disciplinary projects, it is a big, big deal in terms of time saving.”

Saving time is one thing, but saving money is an increasing imperative in the AEC sector – and that often means preventing costly mistakes. Again, Novius is aiming to change the paradigm for the better, making the most of Mr Listo’s real-world experience.

“Based on my time when I worked in the industry, I would say that it is going to improve the relationship (between AEC stakeholders) and save time,” Mr Listo said.

“I witnessed first-hand problems where someone would make a change to a 3D model on a Monday, but because these 3D models are so large, importing the files together to join them into one takes a substantial amount of time. It was not efficient or economical to do that on a daily basis, so we did it on a weekly basis.

“The problem there was that, say, you put the models together on a Friday and then Monday morning someone goes and changes something, because they need to get their job done.” 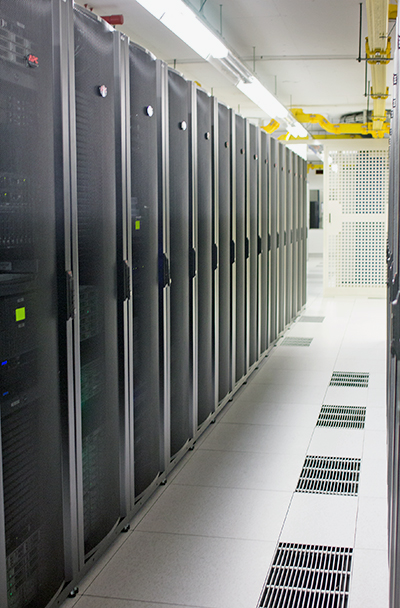 He gave a real example he saw in which the plan for air conditioning ductwork was being designed mid-week and, according to the 3D model assembled the previous week, that duct was positioned just above the ceiling height. However, unbeknown to the engineers, earlier in that same week someone decided, on the architectural side, to raise the ceiling in that area.

“So what happened was, at the same time they raised the ceiling in the 3D model, the mechanical engineer had designed a duct that was now sitting through the ceiling,” Mr Listo said.

“If everyone had access to the latest 3D model live, the engineer would have seen the fact that the ceiling had been raised, which would have raised an amicable conversation rather than having committed to the point of having done a whole set of drawings and details and things like that around these changes to then combine the models, meet to discuss them on Friday and have a long argument over whose change was more important.”

The Novius system could also be expected to reduce the incidence of building variations and make-good procedures.

“There are implications for onsite workers as well, especially in construction,” Mr Liston said. “If they are working on a regularly updated 3D model and they are able to view that on iPads, and other tablet devices, on site with regularly updated drawings … when they are logged into this system they know they are working on the most current model and drawings, so you know there is going to be fewer mistakes.

“A huge problem of what happens on site is that, say, an architect makes a series of revisions, and they send that to the project manager. They then send that to the sub-contractors, but the sub-contractors could build off an older revision because they have accidentally misplaced the recent drawings or accidentally picked up an older set of drawings.

“Over the early stages of construction, you have often got something like 10 revisions that have happened on site. Those drawings get reprinted every day. They get stuffed up because people are not always the most efficient when it comes to destroying old drawings or old documents. Someone picks up the wrong one or does the wrong thing and all of a sudden you have got a mistake,” Mr Listo said.

“If that mistake is as severe as a slab being poured in the wrong spot, or not long enough or too long, it can actually have implications that are measured in hundreds of thousands of dollars when it comes down to the building variation.

“Having people being able to work in a central location like Novius offers can make a massive difference to costs on a project of that scale. That’s a pretty big deal,” he said.

“This really highlights our competitive advantage.”