THE Australian Marine Conservation Society (AMCS) has welcomed the NSW Government’s announcement that they will ban single-use plastics, heralding it as "good news for the seabirds, turtles and whales that are being killed by ocean plastic".

Under the NSW plan, lightweight plastic shopping bags will be banned within six months of laws passing. Currently, NSW is the only state without a ban on plastic bags, considered one of the most lethal plastics for ocean wildlife.

After 12 months, plastic straws, stirrers, cutlery, expanded polystyrene food service items, plastic cotton bud sticks, and microbeads in cosmetics will also be banned in NSW. With laws expected to pass this year, the full ban would be in effect by the end of 2022. 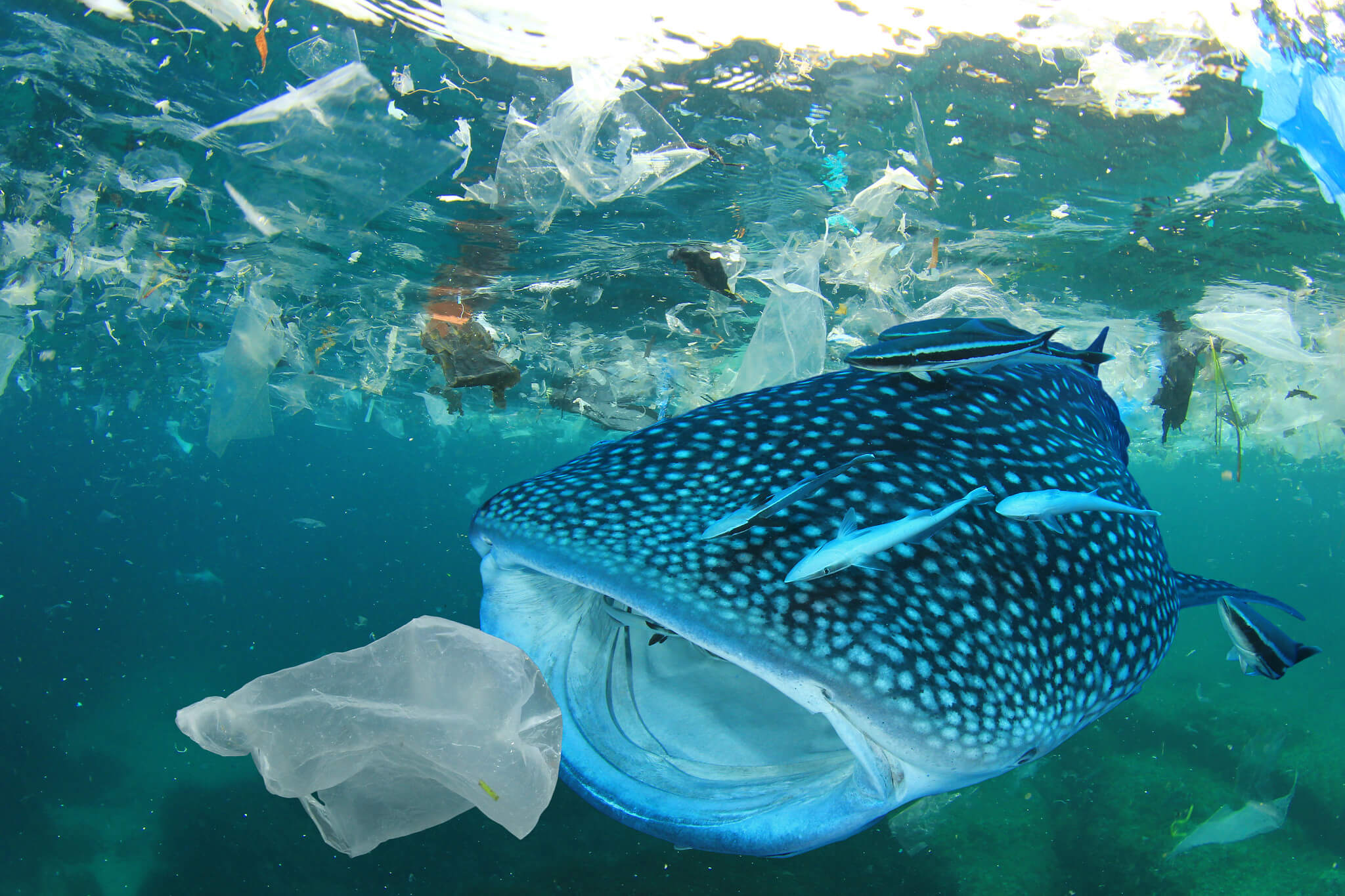 Alongside the ban, the NSW Government announced $10 million to help manufacturers and retailers move to more sustainable alternatives, $5 million towards pilot projects reducing hard to address plastics such as medical waste, and $2 million for research.

Mr Cucow welcomed the commitments as a circuit breaker in national efforts to save wildlife from plastic pollution.

“As the state with the largest plastic footprint, today’s commitments would deliver a massive reduction in the flow of dangerous plastics into Australia’s oceans, “ Mr Cucow said.

“We congratulate the NSW Government for listening to ocean lovers across the state who have been demanding action to save threatened seabirds, whales and turtles. With safe, earth friendly alternatives available, it is time to put our wildlife first.

“Soft plastic bags and plastic straws are some of the most notorious killers of wildlife, causing life threatening blockages or internal injuries when eaten. By including cotton buds and microbeads, the NSW government has raised the bar for other states and territories in Australia.

“Together with vital funding for manufacturers and businesses to transition away from plastic, and critical funding for research into the threat of microplastics, this is one of the most comprehensive plans to fight plastic in Australia.”

Mr Cucow said eyes were now on Tasmania and the Northern Territory, the only states and territories without a plan to ban problem single-use plastics.

“Every day we wait, we lose more animals to the scourge of plastic pollution,” Mr Cucow said.

“With every other state moving to ban notorious plastics like straws, cutlery and polystyrene, it’s time for Tasmania and the Northern Territory to act.” 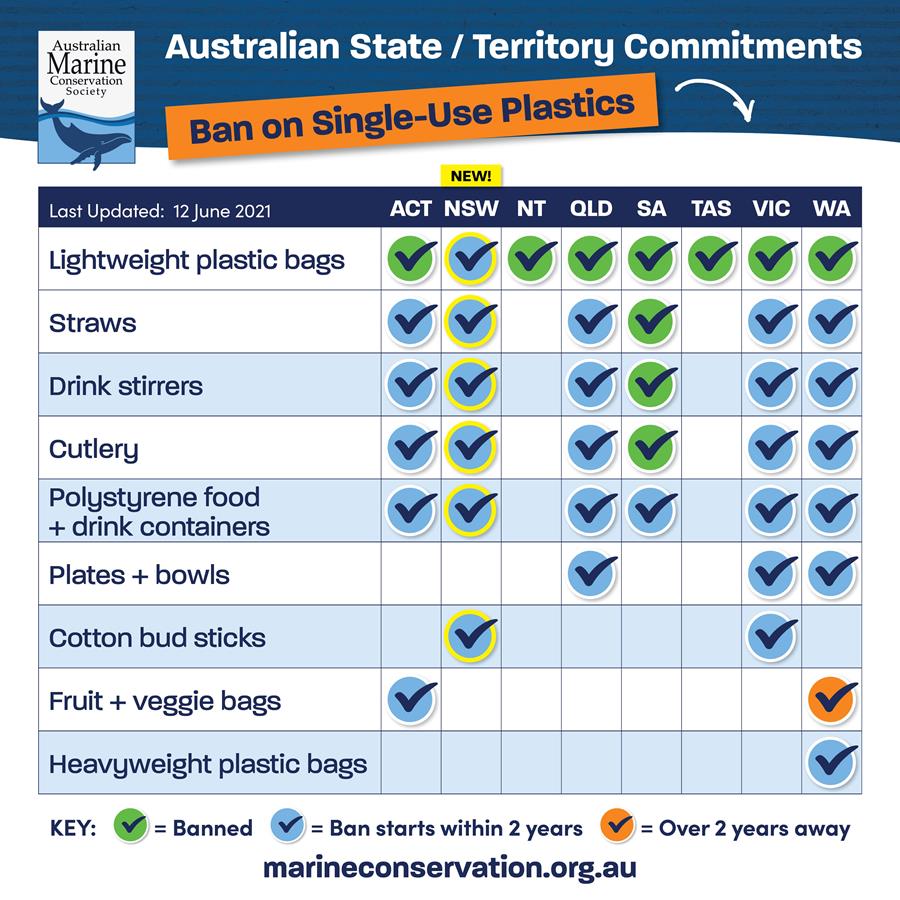 Beaches like Dee Why and Watsons Bay in NSW are known as plastic pollution hotspots with levels of plastic as high as 1,000 microplastics per square metre. Source: AUSMAP Hotspot Map

Estimates suggest half of all seabirds and turtles have plastic in their stomachs. (Source: University of Queensland International Study)

At a meeting of Federal, State and Territory Environment Ministers on April 15, 2021, Ministers identified eight ‘problematic and unnecessary’ plastic product types for industry to phase out nationally by 2025 (or sooner in some cases) under the National Waste Policy Action Plan, although this is understood to be a voluntary target. These are lightweight plastic bags; plastic products misleadingly termed as ‘degradable’; plastic straws; plastic utensils and stirrers; expanded polystyrene (EPS) consumer food containers (e.g. cups and clamshells); EPS consumer goods packaging (loose fill and moulded); and microbeads in personal health care products. Details here.

Laws passed in SA, QLD and the ACT

The Australian Capital Territory’s ban on single-use plastics will commence on July 1, 2021. Their ban will outlaw single-use plastic cutlery, drink stirrers and polystyrene food and beverage containers. The government has indicated plastic straws and plastic fruit and vegetable barrier bags will be added to the ban from July 1, 2022. Details here.

Other state commitments (not yet legislated)

Tasmania and the Northern Territory have made no commitments, yet, to ban single-use plastics.