THE Housing Industry Association (HIA) is tracking the rapid decline in the value of new housing and construction loans across Australia in reaction to the Reserve Bank of Australia's (RBA's) steeply inclining interest rates.

“The RBA’s tightening cycle has pushed down the total value of housing loans by a further 3.4 percent in August,” HIA economist, Tom Devitt said.

The Australian Bureau of Statistics (ABS) released the Lending to Households and Businesses data for August 2022 on October 4. The data provides sobering statistics on housing finance commitments. 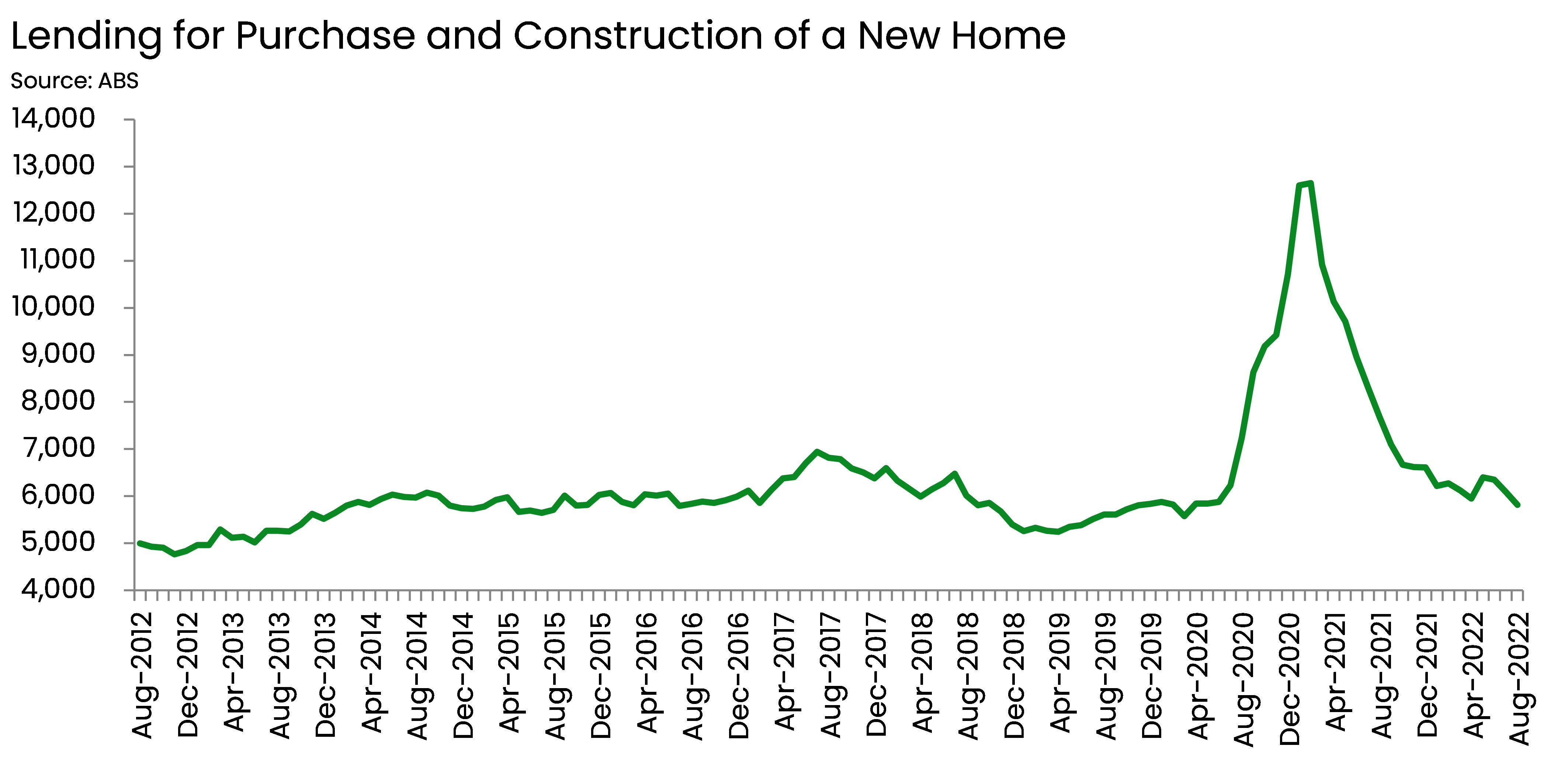 “The decline in August brings the value of housing loans to its lowest level in almost two years, down by 15.4 percent on three months earlier,” Mr Devitt said.

“The number of loans for the construction or purchase of new homes also declined by 4.5 percent in August, to its lowest level since the March 2020 – the first month of the pandemic in Australia.

“Today’s data is consistent with other leading indications, such as HIA’s New Home Sales Survey, showing new home sales dropped in July and August in response to higher interest rates.

“If these trends are sustained, which is expected, then the 2.25 percent increase in the cash rate so far will have brought this pandemic building boom to an end."

On the afternoon of October 4, after Mr Devitt's analysis was issued, the RBA raised the cash rate another 0.25 percent, to 2.6 percent.

“There is still a significant volume of work under construction that is driving economic activity across the economy and keeping the unemployment rate at exceptionally low levels. When this pool of work is completed, the full impact of this rate rising cycle will emerge," he said.

“There remains a risk that this volume of ongoing work will obscure the adverse impact of rising interest rates.

“These treacherous lags that characterise this housing cycle could result in the RBA weighing too heavily on household finances and jeopardising the housing industry’s future soft landing,” Mr Devitt said.